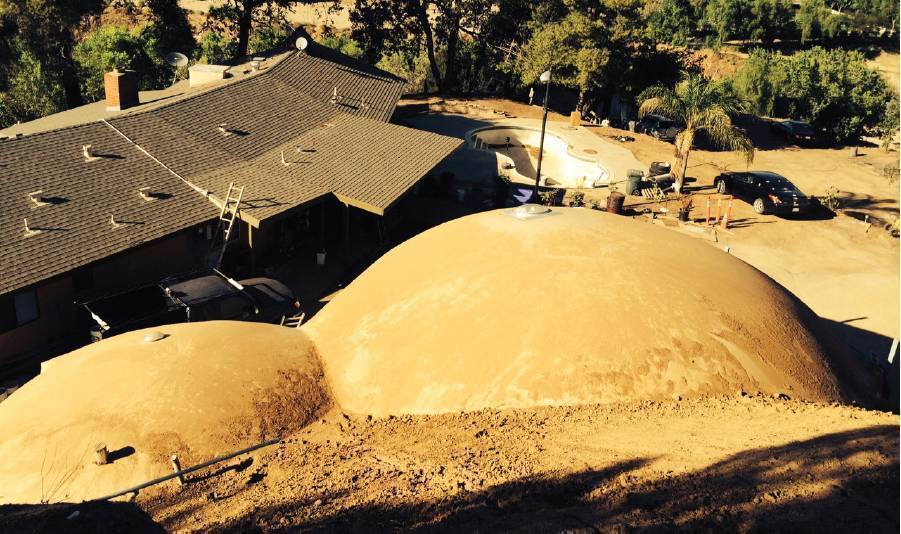 Every year, an estimated 337,000 people take the proverbial road that leads west to California, where magnificent sceneries combine with its signature Pacific climate to reel in many an out-of-towner. For these transplants, the region’s alluring characteristics seem to generally outweigh the potential hazards of California’s greatest fault – the San Andreas Fault, that is. The 810-mile fault line that separates the Pacific and North American Plates has been an ever-present threat to the Golden State since its identification back in 1895. For the town of Redlands, which is located near the fault line, sporadic earthquakes are a common occurrence, so it stands to reason that residents should take into account the area’s potential geographical dangers.

Case in point: a homeowner that was in the process of relocating to Redlands thoroughly evaluated what his ideal living situation would be, bearing in mind the town’s proximity to the San Andreas Fault. He ultimately decided to live in a monolithic dome, a cost-effective, insulated, reinforced concrete structure. They not only provide more protection than your average home, but they can also be built quickly and can be move-in ready within weeks. Monolithic domes meet FEMA’s standard of “near-absolute protection,” which means the organization’s body of knowledge suggests occupants will survive a wide variety of natural disasters inside such structures. In fact, monolithic domes have a proven track record of surviving earthquakes, tornadoes, hurricanes, rot, fires, and most manmade disasters. Because of this, the homeowner can rest easy despite the home’s proximity to the fault line.

The plan for the monolithic dome consisted of three main components: a concrete shell reinforced by a cage of rebar and insulated with closed-cell spray foam. The monolithic dome’s construction, which was spearheaded by Hildebrand Dome Construction, started off with a circular ring beam consisting of wooden boards encircling a trench. The bottom half of the rebar cage, spanning the footprint of the dome, was laid down to reinforce the concrete slab foundation that subsequently poured over it. The ends of the rebar were bent 90 degrees, such that they stuck out vertically 33 inches above the surface of the slab. After the slab cured, the upright portions of the rebar were bent down onto the slab to ensure that they weren’t in the way of the Airform apparatus that would later be inflated to form the dome’s shape.

Then, the Airform, consisting of a PVC-coated geomembrane material with an airlock, was attached to the foundation and inflated with an air blower. Once the Airform was fully inflated into a dome shape, window and door framing was installed by workers coming in through the airlock. Then came the most important part of the project: the installation of closed-cell spray polyurethane foam to the interior of the dome. For the SPF installation, Hildebrand brought in Western Pacific Roofing Corp.

“Closed-cell spray foam gives the monolithic dome its structural stability and it provides high R-value in a limited space,” said Western Pacific’s Jill Ludvickson. “The construction company was looking for the best insulation that could work with the shape of the home and give the owner superb insulation in the process, so that’s exactly what we offered. The application of foam was a crucial step for completing the high quality, hyper-insulated, permanent home that protects its inhabitants from elements of disaster.”

Western Pacific’s job consisted of applying spray polyurethane foam to the inflated Airform’s 2,600 sq. ft. surface area. The Western Pacific crew brought onsite one rig that was equipped with a Graco E-20 proportioner, as well as two sets of HEATLOK SOY PLUS 200, a 2 lb. closed-cell SPF made by Demilec.

The two-man Western Pacific Crew wore PPE consisting of Tyvek suits, gloves, boots, and supplied air respirators for the duration of the project. Their prep work consisted of masking the bent rebar ends with plastic sheeting. Additionally, they utilized a Genie lift to access the higher areas of the monolithic dome. According to Ludvickson, ventilating the work area proved challenging because the airlock had to remain closed in order to maintain a constant air pressure as the SPF application progressed.

“While applying the foam, it was tempting to open the airlock door to get fresh air into the building, but there was a great risk in doing so,” said Ludvickson. “Opening the airlock would have resulted in a pressure drop that would have increased the possibility of deforming the structure’s shape. That was why supplied fresh air for our crew and other subcontractors was mandatory.”

“The monolithic dome with SPF requires less energy to heat or cool than a super insulated metal building or conventional house covered with an airtight wrap.”

Once the final layer of foam cured, the crew attached rebar over foam to reinforce the dome’s structure. First, horizontal rebar was attached to the foam, at which point the bent rebar ends were returned to their original upright positions.

More vertical rebar was added to form a grid that comprised the upper half of the rebar cage. The foam and rebar applications were completed in three working days.

To complete the concrete shell and finalize the project, Hildebrand brought in an additional subcontracting company to install over the rebar four inches of Shotcrete, a spray-applied concrete material. The Shotcrete was applied in half-inch layers, each layer creating a smooth concrete surface in the interior of the monolithic dome. After the concrete had set, the blower was turned off and the monolithic dome was fully formed.

Click Here To Learn More About This Offer or Call:

Customers just like yourself take pride knowing our company: